Lakes, Flatland and the Badlands

The name “Black Hills” comes from the Lakota name Pahá Sápa which means “hills that are black”. From a distance, the pine covered mountains rise up above the plains and appear black. (Source: US Forest Service FAQ on the Black Hills)

First of all, I apologize that my posts have been late. I have been trying to post every week but lately, trip planning and researching destinations has taken over my life. It is seriously a full-time job but instead of getting paid, I am paying!

Anyway, onto to our most recent destination, Spicer, MN. I have gone to Spicer to spend the 4th of July with my family on the lake, nearly every year my entire life (I have only missed three in 26 years). Spicer is a rural West Central Minnesota town situated on and around the crystal clear Green Lake. My family has lived in Spicer for three generations and it feels like home every time I go back to visit. We spend our time water skiing, tubing, fishing, sailing, sun bathing, and taking naps; time on the lake is one of the best ways to relax.

Our typical 4th of July goes as follows,

For the majority of my life I was in the parade because my grandparents owned Jimmy Appleseed Orchard. (Yes, I know its Johnny Appleseed but my grandpa’s name is Jim). We used to ride in the float and throw Tootsie Rolls. Now I just sit and watch the floats go by and hope that they will throw candy to an adult like, I get pretty excited when I get a good candy like a Twizzlers Pull n’ Peel or a DumDum sucker, those a pretty major scores you know. 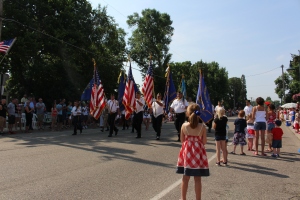 Tubing is my favorite. I can water ski but it was never a huge interest of mine. I would rather risk life and limb being pulled on a tube by my cousins than wear my shoulders out by skiing so that I can’t hold on to the tube as long. The last one holding on wins you know and I have been told that I am competitive.

Some of you may be thinking, what in the world is a water ski show. Well, it is an event that showcases talented water skiers doing a variety of acts and stunts on skis, as well as, barefooting, and wakeboarding. Some of the acts, the duos and trios, are like cheerleading moves but instead of being on land, they are performed on the water being pulled behind a boat at 20 MPH.

As a kid, it is incredible to watch what people can do on water skis. Now, as an adult, I have had extremely talented cousins skiing in the show which is even better! This year two of my cousins skied, John who does barefooting and the pyramids, and Kevin who is a jumper and does the final pyramid.

Barefooting occurs when a skier is being pulled behind a boat at 40 MPH on skis and then literally jumps out of the skis and lands barefoot on the surface of the water and then “skis” using their feet. Every time I see it I am impressed! Here is my cousin John barefooting:

The jumpers are a pretty bad ass group of guys. It takes some big cojones to be pulled on skis over a 6ft high jump at 28-34 MPH and then do a heli or back gainer with 2 other guys next you doing the same or cutting underneath you (a move known as the split). Here is my cousin Kevin kicking ass on the jumps:

The final act of the night is always the final pyramid. This pyramid is composed of the entire team building a 4 tier high pyramid all the while being pulled behind a boat at 24 mph. Seriously, they climb up to 20 feet above the surface of the water! Check it out:

This year was pretty windy on the north shore of Green Lake so we decided to snuggle up and watch the fireworks from shore rather than go out on the boat like we usually do.  From shore the fireworks are definitely not as impressive as being right underneath them on the boat, but it was much warmer being snuggled up under a blanket on shore.

After the fireworks I usually pour myself into bed, sore from tubing and tired from spending my day in the sun. I love that kind of tired feeling, the one when you know your day has been well spent loving life.

The next morning we typically do a shore breakfast. We have a huge skillet that goes over the campfire and we make scrambled eggs, bacon, and hash browns. It is one of my favorite breakfasts ever! Food always tastes better when cooked over a fire and our shore breakfasts are no exception. I was too busy stuffing my face to get pictures of the delicious breakfast, sorry!

The rest of our day(s) are spent doing the same things, tubing, skiing, sailing, fishing, and simply enjoying our time together as a family. 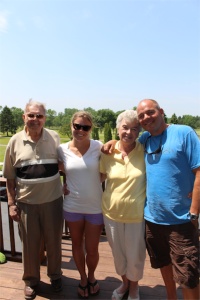 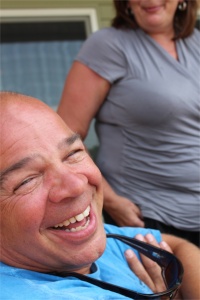 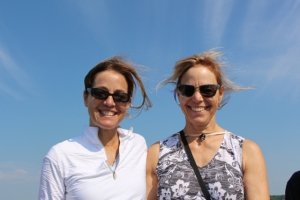 Once the 4th of July weekend extravaganza was over, we made our way north to Lake Superior. It was Ronen’s first time visiting one of the Great Lakes so he insisted on getting in. Unfortunately, his plan was foiled when he realized how cold the water is, but he did pose for a few pictures for me before scampering out:

After our quick 15 minute exploration of Lake Superior, we headed to Bemidji, MN to camp for the night. We had planned on visiting the Mississippi Headwaters the next morning but somehow we missed the turn and it was pouring rain so we just kept on driving until we reached the Badlands.

The Badlands are beautiful. We did a drive through the Badlands National Park that takes about 45 minutes and we opted not to do any hiking since it was 95 degrees out. 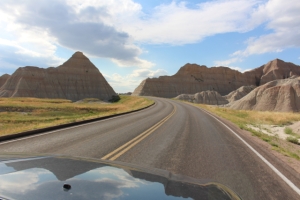 From the Badlands we went to Mount Rushmore. Mount Rushmore is pretty impressive and I enjoyed seen the faces of four of our countries best presidents but there were a TON of people there and as you have heard in my previous posts, I enjoy quiet and solitude. None the less, it was worth the $11. 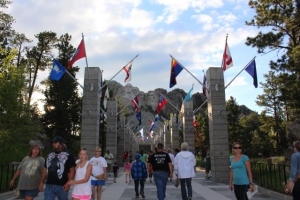 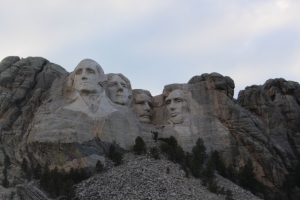 That night we camped in the Black Hills at Horsethief Campground in the National Forest which is only about 3 miles from Mount Rushmore. It was one of my favorite camp sites, right on a little lake. 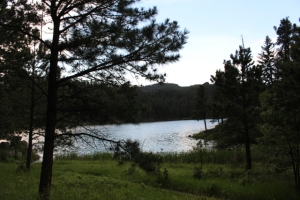 In the morning we got up early and started our drive home. On our way we decided to stop by the Crazy Horse Monument. The Crazy Horse Monument is privately owned and is larger than Mount Rushmore. Its construction was started in 1948 but it is still not finished. Although I think it is neat to see, we didn’t want to do the full tour and movie but we still had to pay $10/person to see it. I am not so sure that it was worth it. Beware that if you drive up to the monument, once you get to the pay booths, you will not be allowed to make a u-turn, you have to pay $10/person.

After our Midwest adventures, we made our way home.